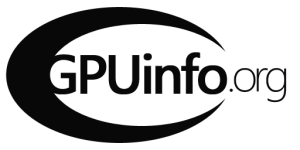 Aside from playing around with a certain new API, I’ve also been working on the web front end OpenGL and OpenGL ES hardware database.

Though I redid the visual side of both some time ago they differed too much for my taste and especially the OpenGL ES database was lacking lots compared to the OpenGL one. No live search, bad visuals (especially for the reports), lacking compare features and much more.

So I did put lots of work in getting both database up to the same standards, optimize the visual presentation and also created a landing page at www.gpuinfo.org, that is home to the current hardware databases (OpenGL, OpenGL ES), with at least one new database (Vulkan) coming in the near future.

The OpenGL database is now available at opengl.gpuinfo.org. New features include a list of maximum supported OpenGL version by device and listing of compressed texture formats for comparing multiple reports.

The OpenGL ES database is located at opengles.gpuinfo.org. Aside from the complete visual overhaul, it now offers (mostly) the same functionality as the OpenGL database. All tables now support a live search (thanks to datatables), report information is now presented in tabs and the launch page has been replaced by a report listing like the one on the OpenGL database.

Source for all the pages (including gpuinfo.org) are available at my github repository, so if you find any bugs feel free to report them there.