After the recent overhaul I now also have added support for OpenGL ES 3.1 and 3.2 to the OpenGL ES hardware database and the Android app.

Both versions added lots of new capabilities that have been lacking from the client application and database, so even though there are lots of reports for OpenGL ES 3.1 and 3.2 those only contain capabilities up to OpenGL ES 3.0.

GLES 3.1 brought compute shaders, GLES 3.1 geometry and tessellation shaders. Compute is an important feature and not having that information in the database was really hindering it’s usefulness.

So from now on uploading reports with OpenGL ES 3.1 or 3.2 using the updated Android app will store these capabilities in the database. An example report from my own device can be found here.

I also added capability listing and detail pages to the database, so you can now directly check capability value distribution among all submitted reports: 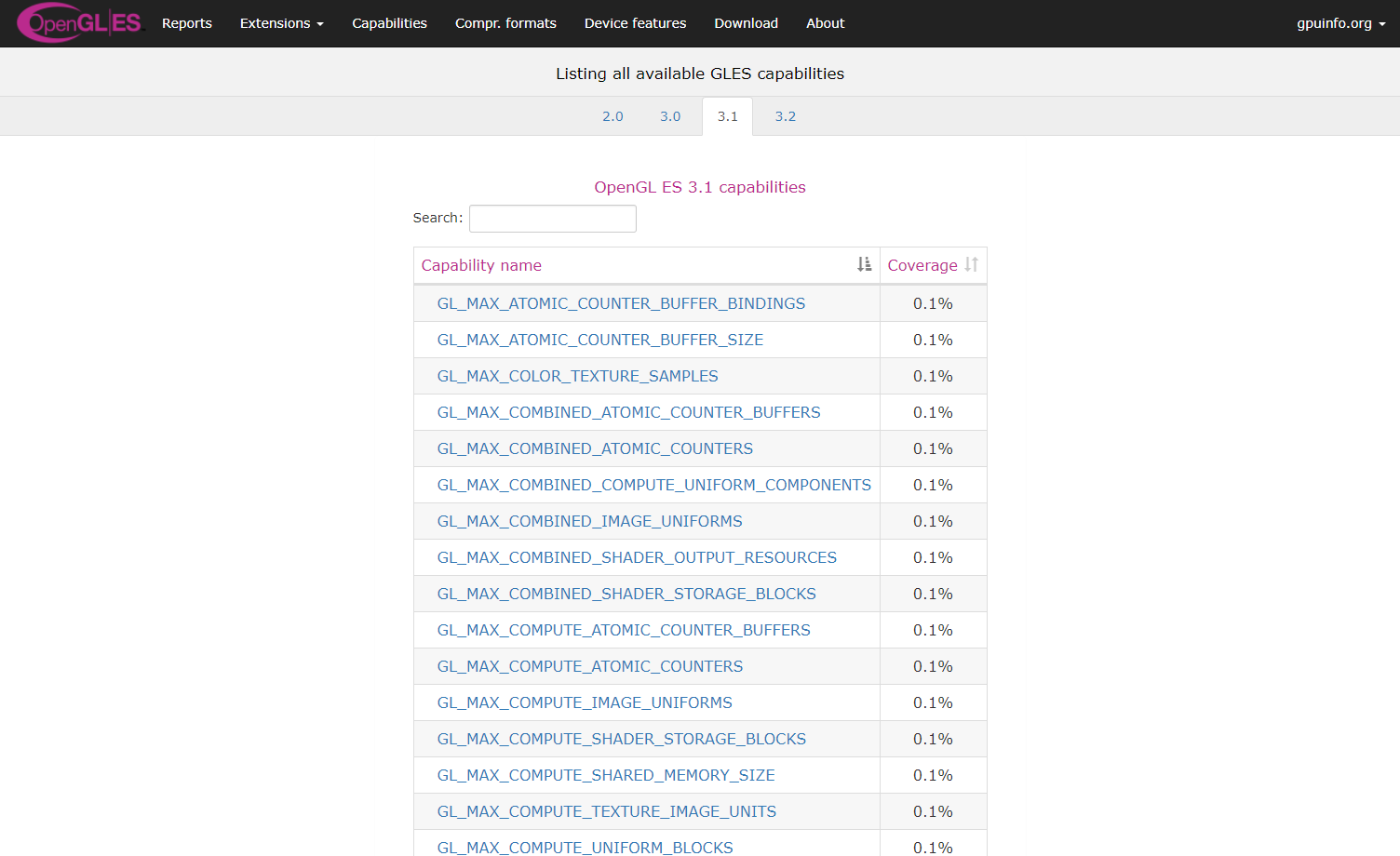 Esp. the latter should be interesting for developers as you can now check how a certain capability is distributed among the reports stored in the database, including a nice pie chart: 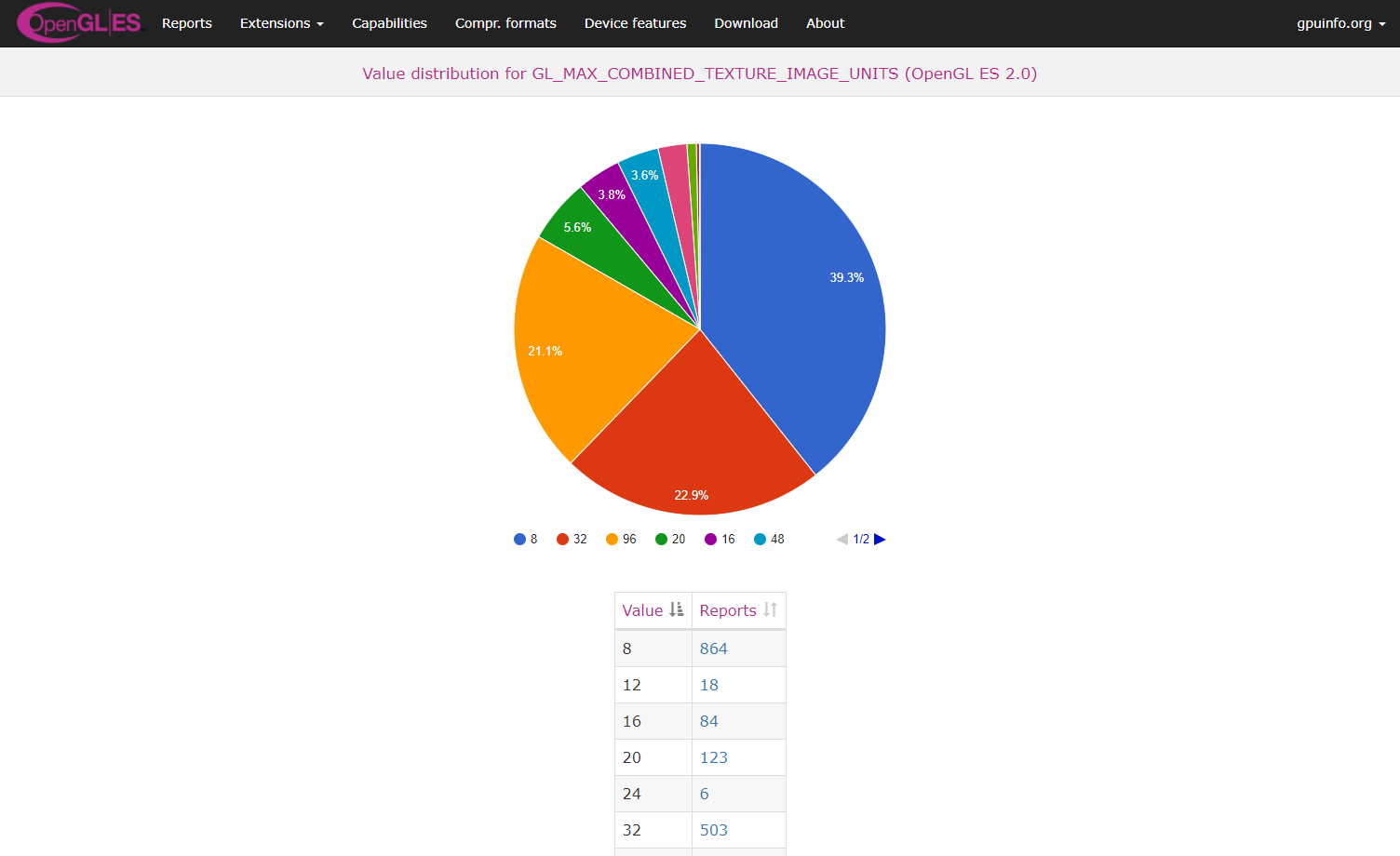 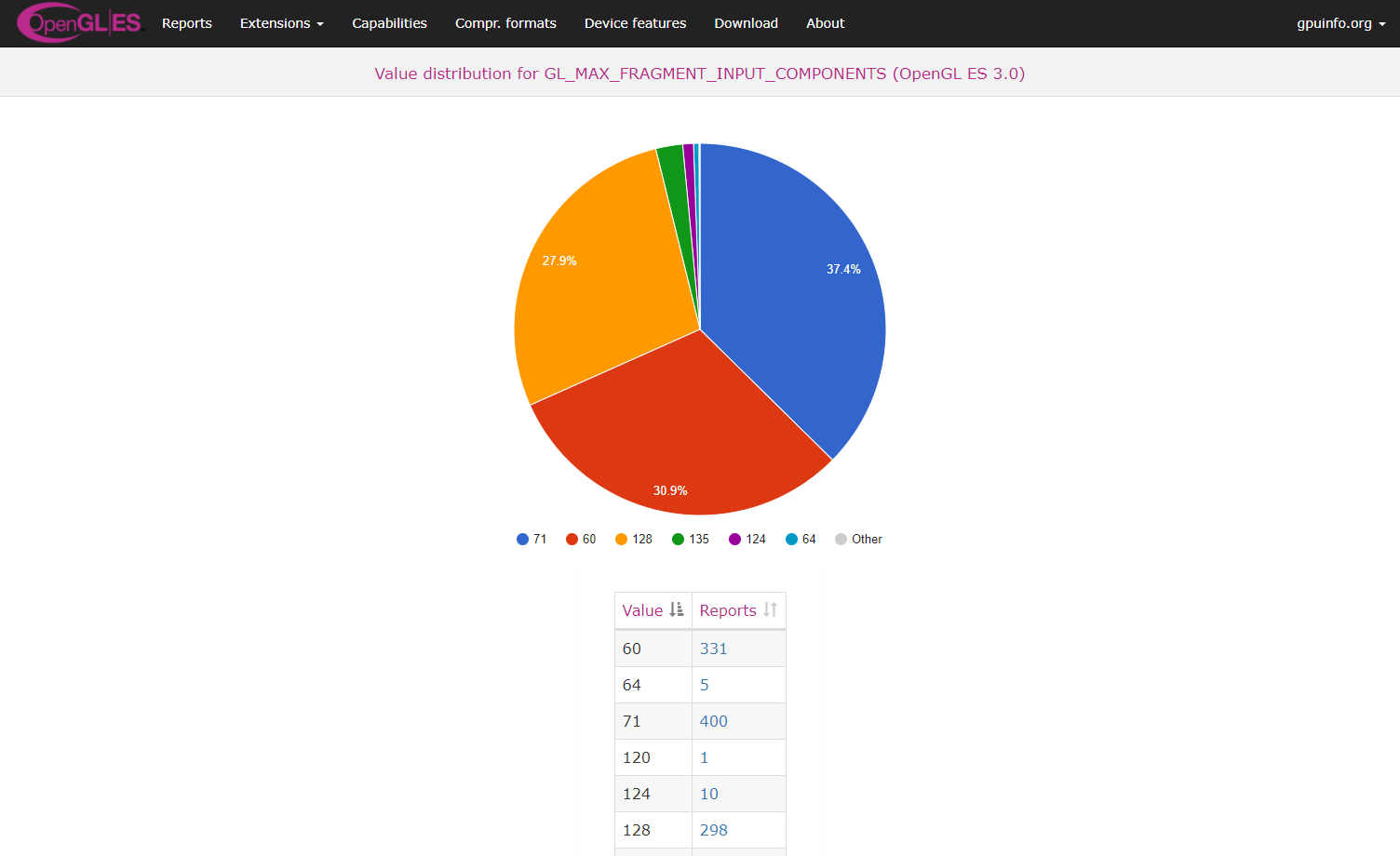 This detail page also lets you display a report listing filtered by a certain value.