As the ZornGL-Engine had it’s own terrainrenderer, I decided to write this tool that can automatically generate a single huge texture map for a terrain. Based on the height-values in a greyscale image (the heightmap) it generates a single texture with a given set of texture distrbuted depending on the height of the map at a certain point. Over time the tool evolved and a lot of functionality was added, even upon user request as this tool seems to be widely used (even in some known projects). So the latest version has a nice new interface, can generate textures up to 4096x4096 pixels, renders (and if needed blurs) a lightmap depending on the sun-position and orientation and much more.

And for all those interested in maybe putting on-the-fly terrain texture generation into their own projects, I also released the source for version 1.6 (recent one is 2.0).

The idea for the generation of the terraintexture comes from a FlipCode tutorial about Terrain Texture Generation. The shadowmap generator is based on a GameDev tutorial called Fast Computation of Terrain Shadow Maps . 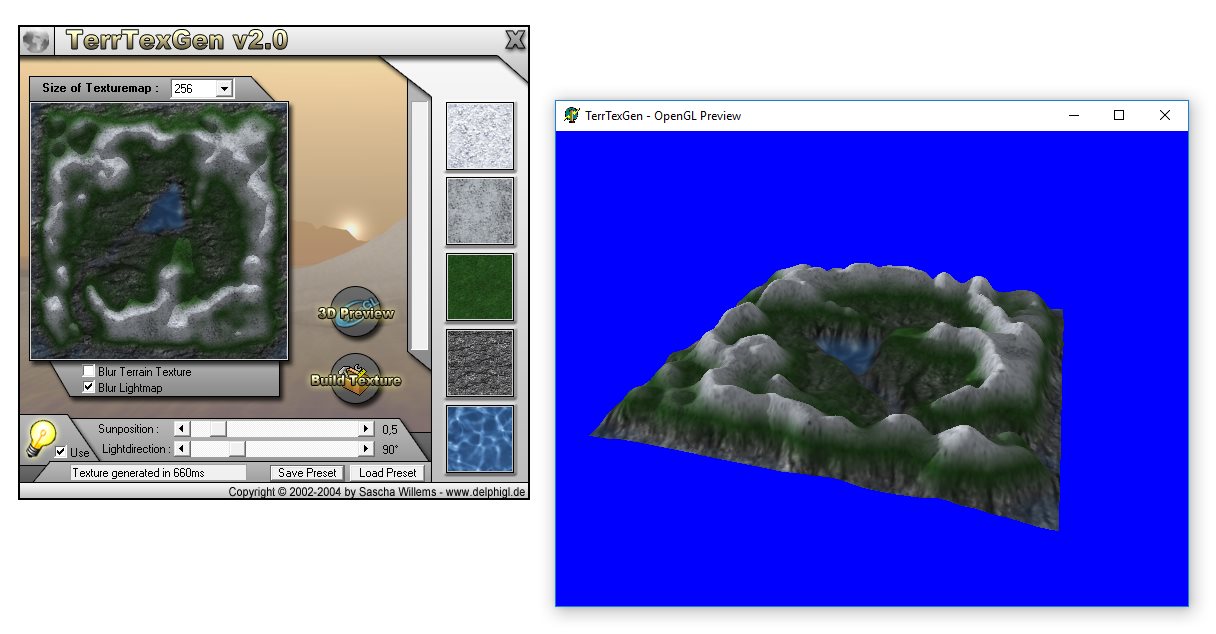