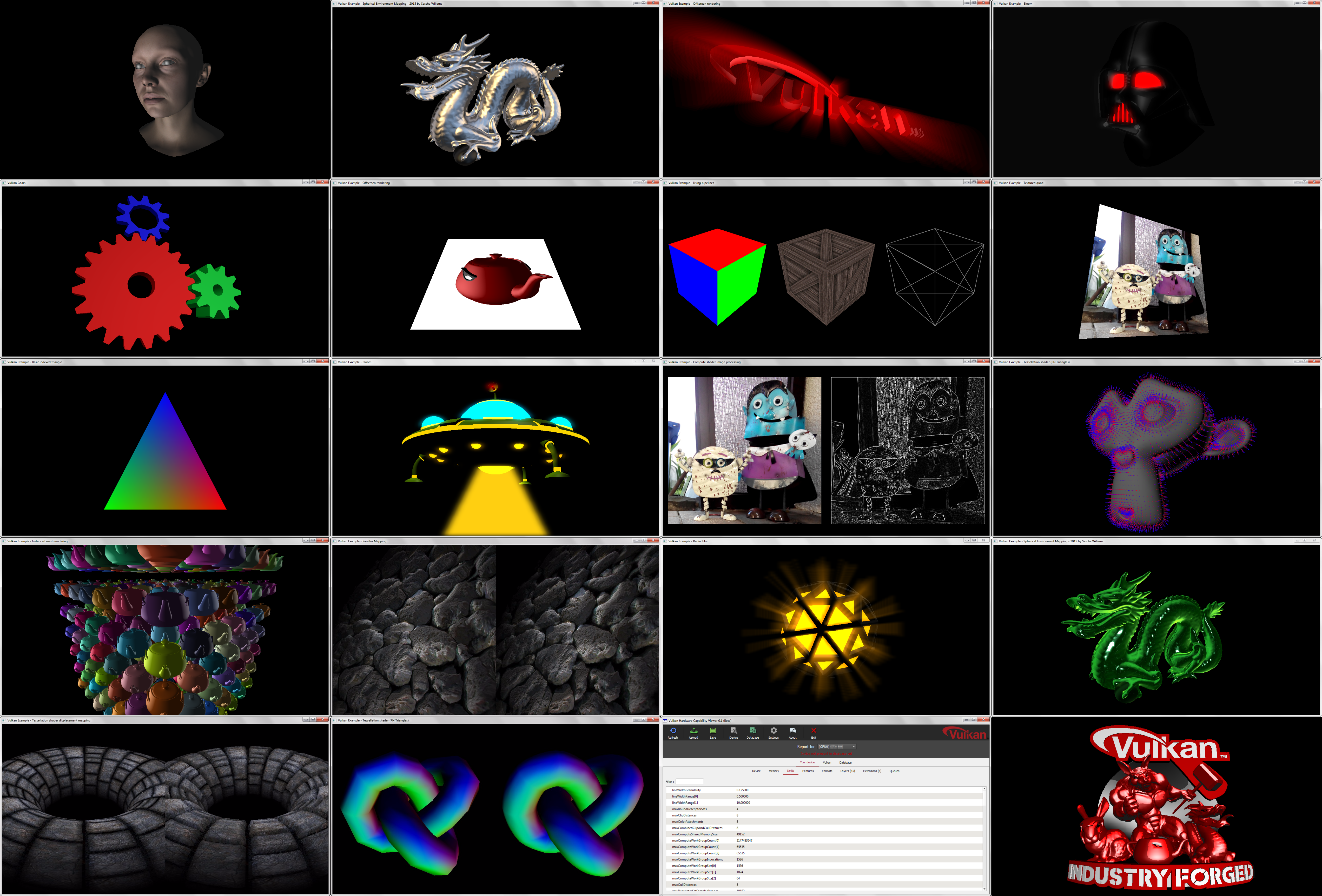 In case you don’t follow me on twitter or aren’t watching my github repositories, I’ve been working on Vulkan related stuff over the last few months. And with Vulkan’s release approaching it’s time for a short summary on what I plan on release upon or shortly after launch of the new graphics and compute API.

As with OpenGL and OpenGL ES I’ll also do a Vulkan Hardware Capability viewer (github). It looks (and works) pretty much like the OpenGL hardware capability viewer, also using Qt for the user interface. I plan on release it close to the launch of Vulkan with support for Windows and Linux, while Android support will follow at some later point.

It’ll also come along with an online database, accessible through gpuinfo.org, allowing you to browse devices, features, extensions, etc.

Learning a new graphics (and compute) API is never easy, especially if you’re just a hobbyist and even more for an explicit API like Vulkan that greatly differs from OpenGL. But even for someone not working full time on some rendering engines  it’s not that hard to learn.

To get you started with Vulkan, and to share what I’ve learned while working with Vulkan I’ll have several open source examples ready for launch. They range from the most basic things (rendering a colored triangle) to more complex things like multi pass offscreen rendering, tessellation and compute shaders.

The examples are written in C++ and should work on Windows and Linux with Android support to follow. The github repository can be found here, though it only contains a listing of the examples with descriptions and screenshots right now. Sources will follow when Vulkan goes public.

The Khronos group recently open sourced their web pages, including those for their APIs. Every API now also has a resource page with links to tutorials, SDKs, tools, source, etc. The Vulkan one is pretty sparse right now, so if you know of any interesting links related to Vulkan, feel free to contribute to their repository.