Just as the last blog post is starting to collect dust (time flies by oO) :

I’m still doing lots of 3D development during the late hours in my spare time, still with C++ (Visual Studio rocks :) ), but most of that development is done under an NDA so that’s the main reason I haven’t been updating this blog lately.

Other than that I’ve also been working on a dungeon crawler prototype using modern C++ (C++11⁄14) and modern OpenGL (4.4). Not much to see yet, but the first screenshot shows the latest version with omni-directional shadow maps, randomly generated dungeons, normal mapping and 3D models (using ASSIMP). I’d also like to mention G-Truc’s excellent glm and gli libraries that I’m both using in this (and other projects). I’ve been playing around with randomly generated dungeons a few times in the past but never got much further than some simple tech demos, so this may never become a game but rather a playground, though it already looks pretty nice. 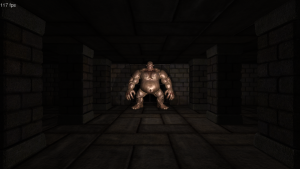 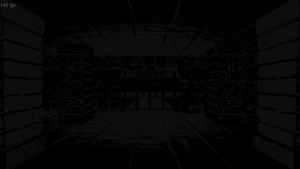 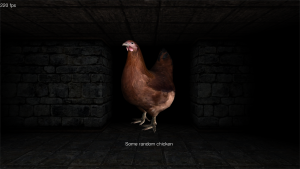 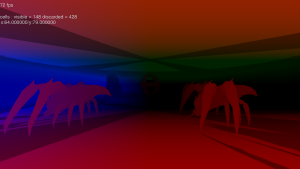 So right now there’s not much new stuff on OpenGL (ES) or WebGL, but you may check out my twitter account for screenshot and ramblings on my current 3D endeavors without me getting into details. Most of the stuff I post there is not worthy of a complete blog post, so for quick updates, twitter pretty much replaced my blog.